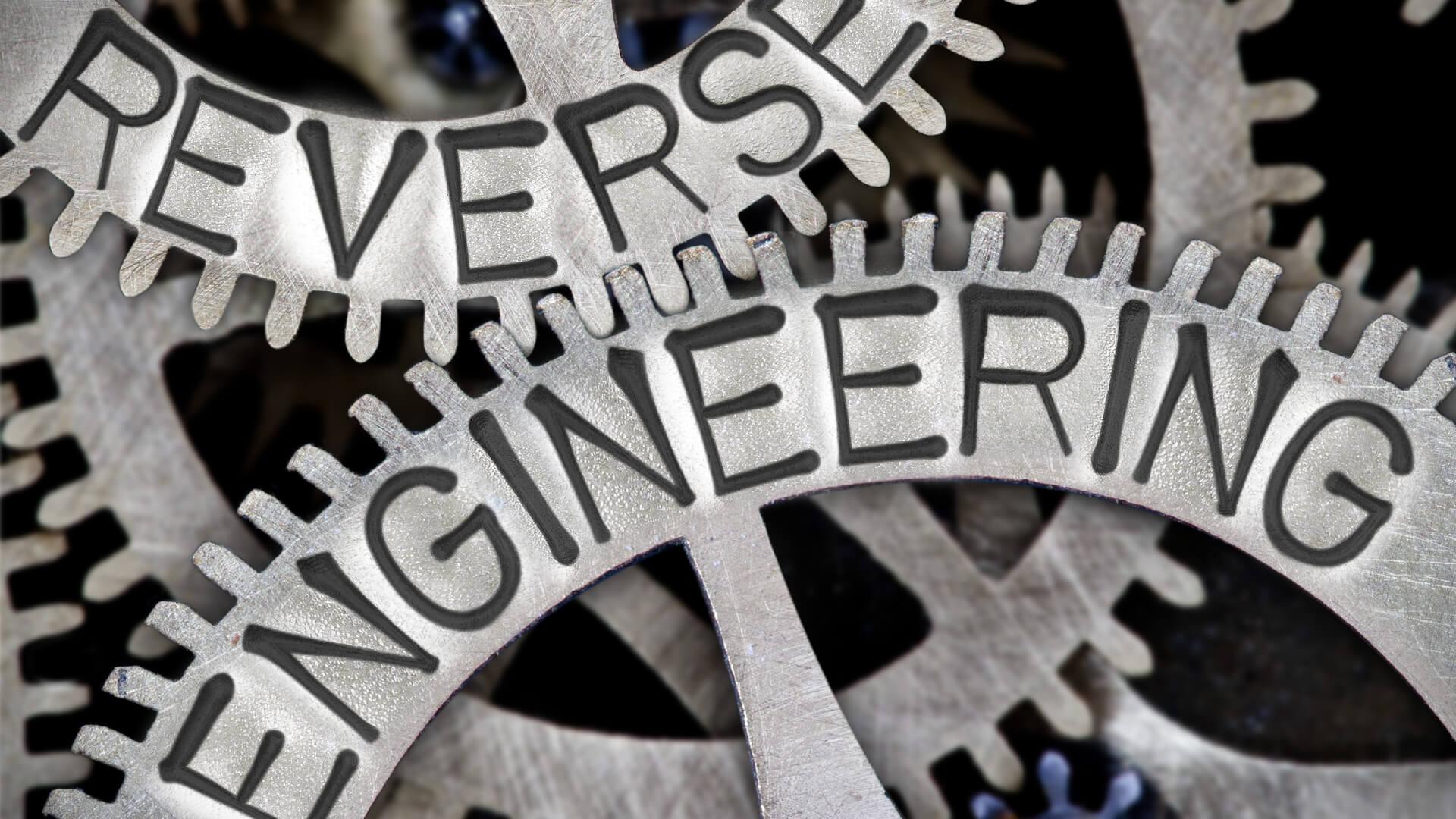 Which programming language produces binaries that are the most difficult to reverse engineer?

Have you ever wondered how someone might go about taking apart your favorite computer program to figure out how it works? The process is called reverse engineering, and it’s done all the time by software developers in order to learn from other programs or to find security vulnerabilities. In this blog post, we’ll discuss why some programming languages make reverse engineering more difficult than others. We’re going to take a look at why binaries that were originally written in assembly code are generally the most difficult to reverse engineer.

Reverse engineering is the process of taking something apart in order to figure out how it works. In the context of software, this usually means taking a compiled binary and figuring out what high-level programming language it was written in, as well as what the program is supposed to do. This can be difficult for a number of reasons, but one of the biggest factors is the level of optimization that was applied to the code during compilation.

In order to reverse engineer a program, one must first understand how that program was created. This usually involves decompiling the program into its original source code so that it can be read and understood by humans.

Once the source code has been decompiled, a reverse engineer can begin to understand how the program works and look for ways to modify or improve it. However, decompiling a program is not always a trivial task. It can be made significantly more difficult if the program was originally written in a language that produces binaries that are difficult to reverse engineer.

Some Languages Are More Difficult to Reverse Engineer Than Others.

There are many factors that can make reversing a binary more difficult, but they all stem from the way that the compiled code is organized. For example, consider two different programs written in two different languages. Both programs do the same thing: print “Hello, world!” to the screen. One program is written in C++ and one is written in Java.

When these programs are compiled, the C++ compiler will produce a binary that is considerably smaller than the binary produced by the Java compiler. This is because C++ allows programmers to specify things like data types and memory layout explicitly, whereas Java relies on interpretation at runtime instead. As a result, C++ programs tend to be more efficient than Java programs when compiled into binaries.

However, this also means that C++ binaries are more difficult to reverse engineer than Java binaries. This is because all of the information about data types and memory layout is encoded in the binary itself instead of being stored separately in an interpreted programming language like Java. As a result, someone who wants to reverse engineer a C++ binary would need to spend more time understanding how the compiled code is organized before they could even begin to understand what it does.

Optimization is a process where the compiler tries to make the generated code run as fast as possible, with the goal of making the program take up less memory. This is generally accomplished by reorganizing the code in such a way that makes it harder for a human to read. For example, consider this simple C++ program:

According to Tim Mensch, programming language producing binaries that are the most difficult to reverse engineer are probably anything that goes through a modern optimization backend like gcc or LLVM.

And note that gcc is now the GNU Compiler Collection, a backronym that they came up with after adding a number of frontend languages. In addition to C, there are frontends for C++, Objective-C, Objective-C++, Fortran, Ada, D, and Go, plus others that are less mature.

I don’t even know what all of those languages are. In some cases they may include enough of a runtime to make it easier to reverse engineer the underlying code (I’m guessing the Lisp dialects and Haskell would, among others), but in general, once compiled to a target architecture with maximum optimization, all of the above would be more or less equally difficult to reverse engineer.


Languages that are more rare (like Zig) may have an advantage by virtue of doing things differently enough that existing decompilers would have trouble. But that’s only an incremental increase in difficulty.

There exist libraries that you can add to a binary to make it much more difficult to reverse engineer. Tools that prevent trivial disassembly or that make code fail if run in a debugger, for instance. If you really need to protect code that you have to distribute, then using one of those products might be appropriate.

But overall the only way to be sure that no one can reverse engineer your code (aside from nuking it from orbit, which has the negative side effect of eliminating your customer base) is to never distribute your code: Run anything proprietary on servers and only allow people with active accounts to use it.

Generally, though? 99.9% of code isn’t worth reverse engineering. If you’re not being paid by some large company doing groundbreaking research (and you’re not if you would ask this question) then no one will ever bother to reverse engineer your code. This is a really, really frequent “noob” question, though: Because it was so hard for a new developer to write an app, they fear someone will steal the code and use it in their own app. As if anyone would want to steal code written by a junior developer. 🙄

More to the point, stealing your app and distributing it illegally can generally be done without reverse engineering it at all; I guarantee that many apps on the Play Store are hacked and republished with different art without the thieves even slightly understanding how the app works. It’s only if you embed some kind of copy protection/DRM into your app that they’d even need to hack it, and if you’re not clever about how you add the DRM, hacking it won’t take much effort or any decompiling at all. If you can point a debugger at the code, you can simply walk through the assembly language and find where it does the DRM check—and disable it. I managed to figure out how to do this as a teen, on my own, pre-Internet (for research purposes, of course). I guarantee I’m not unique or even that skilled at it, but start to finish I disabled DRM in a couple hours at most.

So generally, don’t even bother worrying about how difficult something is to reverse engineer. No one cares to see your code, and you can’t stop them from hacking the app if you add DRM. So unless you can keep your unique code on a server and charge a subscription, count on the fact that if your app gets popular, it will be stolen. People will also share subscription accounts, so you need to worry about that as well when you design your server architecture.

There are a lot of myths and misconceptions out there about binary reversing.

Myth #1: Reversing a Binary is Impossible
This is simply not true. Given enough time and effort, anyone can reverse engineer a binary. It may be difficult, but it’s certainly not impossible. The first step is to understand what the program is supposed to do. Once you have a basic understanding of the program’s functionality, you can start to reverse engineering the code. This process will help you understand how the program works and how to modify it to suit your needs.

Myth #2: You Need Special Tools to Reverse Engineer a Binary
Again, this is not true. All you really need is a text editor and a disassembler. A disassembler will take the compiled code and turn it into assembly code, which is much easier to read and understand.Once you have the assembly code, you can start to reverse engineer the program. You may find it helpful to use a debugger during this process so that you can step through the code and see what each instruction does. However, a debugger is not strictly necessary; it just makes the process easier. If you don’t have access to a debugger, you can still reverse engineer the program by tracing through the code manually.

Myth #3: Only Certain Types of Programs Can Be Reversed Engineered
This myth is half true. It’s certainly easier to reverse engineered closed-source programs than open-source programs because you don’t have access to the source code. However, with enough time and effort, you can reverse engineer any type of program. The key is to understand the program’s functionality and then start breaking down the code into smaller pieces that you can understand. Once you have a good understanding of how the program works, you can start to figure out ways to modify it to suit your needs.

We can see that binaries compiled from assembly code are generally more difficult to reverse engineer than those from other high-level languages. This is due to the level of optimization that’s applied during compilation, which can make the generated code very difficult for humans to understand. However, with enough effort and expertise, it is still possible to reverse engineer any given binary.

So, which programming language produces binaries that are the most difficult to reverse engineer?

There is no definitive answer, as it depends on many factors including the specific features of the language and the way that those features are used by individual programmers. However, languages like C++ that allow for explicit control over data types and memory layout tend to produce binaries that are more difficult to reverse engineer than interpreted languages like Java.