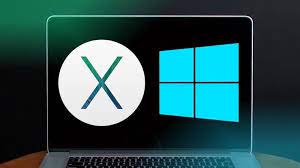 What are the top 10 Wonders of computing and software engineering?

The things Alan Keys  found to be astonishing and amazing (and shocking) are:

These are just some of the many wonders of computer science and software engineering! Each one has the potential to change our world in amazing ways. We can’t wait to see what else these fields have in store for us!

Other notable wonders of computing:

#16 Mobile phones are handheld devices that allow us to make calls, send texts, and access the internet while on the go. They have become an indispensable part of our lives and have transformed the way we stay connected with others.

#18 Cloud Computing
Cloud computing is a model of computing that allows users to access data and applications over the internet. It has made it possible for businesses to operate more efficiently by reducing their reliance on physical infrastructure.

#19 Big Data
Big data refers to large data sets that can be analyzed to reveal patterns and trends. It is being used by businesses in a variety of industries to make better decisions about everything from product development to marketing strategies.

#20 Augmented Reality Augmented reality is a type of technology that overlays digital information on real-world objects. It has many potential applications, including education, gaming, and navigation.

#21 3D Printing 3D printing is a process of creating three-dimensional objects from a digital file. It has revolutionized manufacturing by making it possible to create customized products quickly and easily. These are just some of the things that computer science and software engineering have made possible! As you can see, these disciplines have had a major impact on our world and will continue to shape the future as we move into the digital age.

Conclusion: So there you have it! These are the top 10 wonders of computer science and software engineering according to me. Do you agree with my list? What would you add or remove? Let me know in the comments below!

In the spirit of choosing artifacts over ideas, I would replace “symbolic computation “ with Unix.

I’ve mentioned elsewhere that one can praise in a sentence or two, but criticism ethically demands more careful substantiation.

All I’ll say here is that when Unix was being invented Xerox Parc was already successfully making systems with dynamic objects that required no separate OS layering or system builds. That said, Doug McIlroy did find the start of what could have been really fruitful ideas when he implemented “pipes” programming. If they had seen what could have been done if they had reduced the process overhead to zero bytes, and gone to a dynamic language, then something great could have resulted. By Alan Kay

What do you mean by organizing software systems like the internet?

Just to get you started: consider that the Internet’s (a) processes do not have to be stopped to fix, change, add to etc. (b) messages are not commands (c) units of computation are perfectly encapsulated (only the interior code code of a computer can decide to do anything or nothing) (d) units of transmission can be very badly damaged and messages will still get through, (e) scaling is more than 10 orders of magnitude (f) and on and on and on.

What SW systems to you know of that are remotely like this (that don’t depend intrinsically on what is wonderful about the Internet)?


This doesn’t mean the Internet is a perfect design at all. For example, the add-on of DNS was not nearly as good and lasting a scheme as the base semantics of TCP/IP. (It’s crazy that there are not unique IDs for every kind of entity manifested within the Internet system. Bob Kahn has been advocating this for several decades now — Joe Armstrong among others has pointed out that the modern hashing schemes (SHA256, etc.) are good enough to provide excellent unique IDs for Internet entities, etc.)

But the Internet did completely raise many bars qualitatively and astonishingly higher. It should be used as a starting point in thinking about how most SW systems can and should be organized.

Just a note about this big shift in thinking within the ARPA/Parc community — it is hard to pin down just when. But Wes Clark used to say that no computer is any good if it can’t work perfectly with 10% of its wires disconnected! Packet Switching (American version at RAND ARPA project in early 60s by Paul Baran) meant that you could do store and forward with a number of routes. If you made the protocol full-duplex, you could guarantee *eventually perfect* delivery of packets. At Parc the huge shift from “theoretical” to “punch in the face reality” came as we realized just how wonderfully well the extremely simple Ethernet was actually performing. This led to the articulated idea that no computation should ever require having to be stopped in order to improve/change/etc it.

In other words, make the systems design such that things will work “eventually as wished”, so you can spend your brain cells on (a) better designs, and (b) better optimizations. The Internet grew out of the whole community’s strong and emotional realizations around these ideas. By Alan Kay