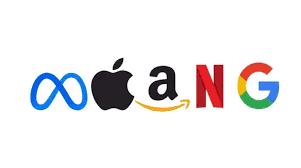 Google and Microsoft are both giant tech companies that offer great benefits and salaries to their employees. However, they also have strict work schedules and can be inflexible when it comes to new ideas. In contrast, startups are often much more flexible and allow employees to have a greater sense of ownership over their work. They also typically offer lower salaries and fewer benefits, but the trade-off is that you have the opportunity to be more creative and innovative. If you’re the type of person who likes to take risks and be rewarded for your creativity, then starting your own startup may be a better option for you than working for a large corporation.

Google, Microsoft, and Apple are all giant tech companies that started out as small startups. Google and Microsoft both began in the garage of their founders, while Apple was started in a basement. All three companies are now worth billions of dollars. But which is the better option for a software engineer: working for one of these huge companies, or starting your own startup?

There are pros and cons to both choices. Working for a big company like Google or Microsoft comes with a lot of perks. These companies can offer competitive salaries, great benefits, and the chance to work on cutting-edge projects. However, they can also be inflexible and bureaucratic. Startups, on the other hand, are much more nimble and offer the opportunity to be more creative. But they also come with more risks, as most startups fail within the first few years.

Ultimately, it depends on what you want out of your career. If you want stability and the chance to work on some of the most innovative projects in the world, then working for a big tech company is the way to go. But if you’re willing to take on more risk in exchange for the chance to create something truly new and revolutionary, then starting your own startup may be the right path for you.

Some people tried everything from tiny startups to mid-sized companies to large behemoths. Based on experience, They’ve found that They very much enjoy working in startups, creating something new. But They’ve also been lucky to meet founders that value their skillset. It is always good to want to start your own company at some point, but the timing and idea has to be right.