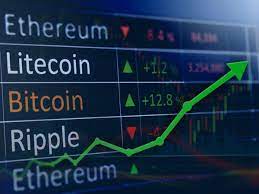 This blog is about the 10 Commandments of Options Trading Strategies.

Option strategies are the simultaneous, and often mixed, buying or selling of one or more options that differ in one or more of the options’ variables. Call options, simply known as calls, give the buyer a right to buy a particular stock at that option’s strike price. Conversely, put options, simply known as puts, give the buyer the right to sell a particular stock at the option’s strike price. This is often done to gain exposure to a specific type of opportunity or risk while eliminating other risks as part of a trading strategy. A very straightforward strategy might simply be the buying or selling of a single option; however, option strategies often refer to a combination of simultaneous buying and or selling of options.

Options strategies allow traders to profit from movements in the underlying assets based on market sentiment (i.e., bullish, bearish or neutral). In the case of neutral strategies, they can be further classified into those that are bullish on volatility, measured by the lowercase Greek letter sigma (σ), and those that are bearish on volatility. Traders can also profit off time decay, measured by the uppercase Greek letter theta (Θ), when the stock market has low volatility. The option positions used can be long and/or short positions in calls and puts.

Below are the 10 Commandments of Options Trading: