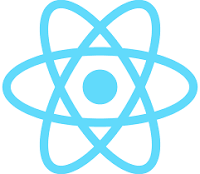 As a web developer, can you explain why React is needed?

In the early days of the internet, web sites were essentially made of static HTML files. Web servers were little more than file servers, when a user would come to a url, the web server would simply fetch it, and send it to the user via their browser, along with all kind of assets, like fonts and images.

The functionality of this kind of web pages are very limited, so eventually the web became more dynamic. When people would visit a page or interact with a form, instead of just fetching data, the server could perform an operation and prepare some content on demand. That content would still be sent to the user’s browser. There could also a little bit of code running on the browser, to animate pages, handle form and what not, but not very much.

So up until around 2010, that was the dominant model. Code could be involved to generate content but the browser wouldn’t do much, most of the logic would happen on servers which would just send prepared content to the browser.

However, in the early 2010s, this paradigm started to shift. With HTML5/CSS3, the browser became much more capable, and so people started to move the logic that would generate content from the server to the browser. Instead of sending a whole styled HTML page, a web server could just send the data needed to create it. Then, code could run on the browser to actually turn that data into HTML. That browser code could also update what the user would see, making just the required data calls.

So, in the early to mid 2010s, front-end code would typically:

Now, all of this is possible to do in “vanilla javascript”. But it’s really cumbersome to implement it, and especially tricky to do it in a performant way. There are millions and millions of “web apps” that are replacing the static “web sites” of old, and which all need to dynamically render content. Should developers reimplement that from scratch each time?

Enter the web frameworks such as React. These frameworks are abstractions that let the developers focus on the logic of their web app (where the data comes from, how content is organized) without being tied to the nitty gritty. Web frameworks make developers organize their code in building blocks called modules or components. Somebody could write a header component and someone else building a page could reuse that header component. And a third developer could change the header component, and that change would be reflected everywhere the component is used. Folks could also build 3rd party libraries compatible with the web framework ecosystem, that would address common problems that many developers face. For instance, someone could create a date picker component (a notably tricky interface) that anyone can reuse and customize. Or create a solution to deal with very long pages by only rendering what is in the browser viewport, and creating/deleting elements as a user would scroll.

To have the support of this ecosystem is a huge productivity boost. There are millions of developers who work with React, and the most popular React libraries are very elegant solutions to hard problems(the same could be said of Angular, Vue etc. though their communities are a bit smaller).

React and web frameworks aren’t exactly needed, in fact there is a reverse trend in the last couple of years to go back to server generated content in some cases or to only use vanilla javascript, but it’s a very solid foundation to build a web app.

2- React isn’t needed, but it is a great framework that can reduce the amount of work you do in making a website/webapp.

React is great for widgets and implementing patterns. You can keep data/text separate from structure and behavior. React, angular and vue are all popular frameworks. Before that we used stuff like dust, handlebars, jQuery and UI libraries like dojo and jQuery UI.

Developers are always looking for ways to be more efficient and more maintainable. React is a current iteration tool for being more efficient.


3- It is needed as a pattern for the devs to create packages that will works (The React packages). In NPM there are many packages, but all them are following its own logic, docs or no docs, they are based on another packages, etc. With things like React, you are somehow limited to follow its rules and you are entering its ecosystem which is good. This is true for all frameworks/libraries.

React also has some configurations which follows the best practices (create-react-app, NextJS, etc), but this is the same and for others.

The difference is that React is close to JS and there is a lot of freedom, what to use like a package, starter pack, use or not Typescript.