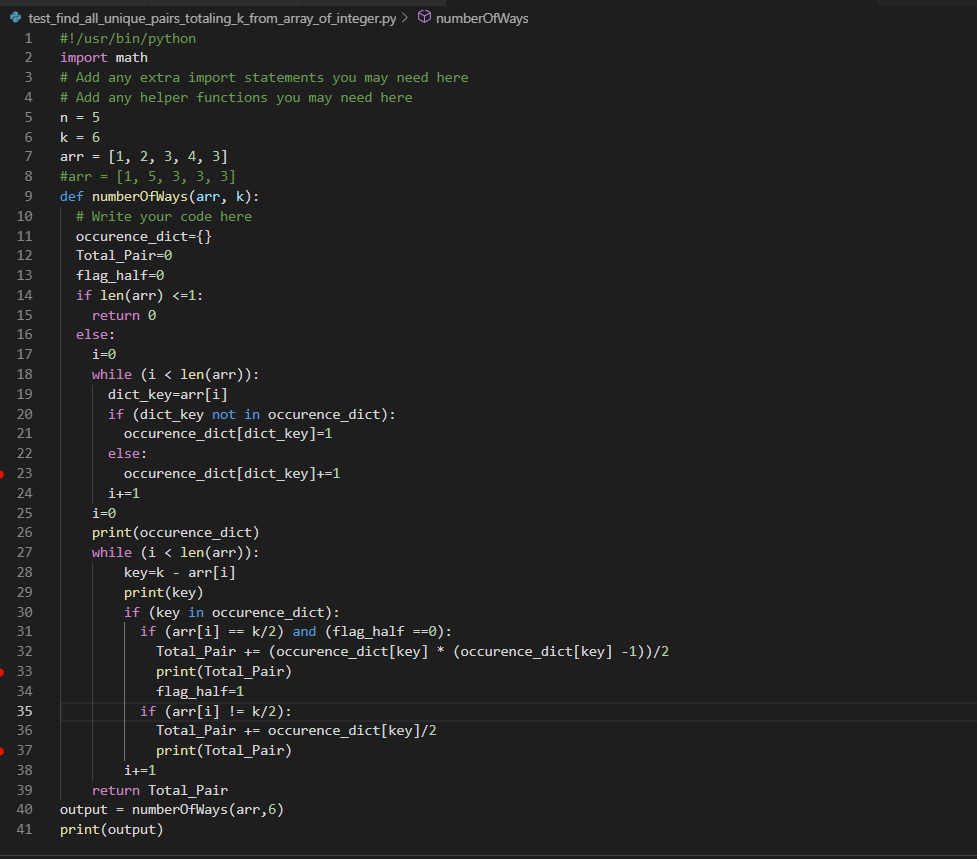 Given a list of n integers arr[0..(n-1)], determine the number of different pairs of elements within it which sum to k. If an integer appears in the list multiple times, each copy is considered to be different; that is, two pairs are considered different if one pair includes at least one array index which the other doesn’t, even if they include the same values.

Return the number of different pairs of elements which sum to k.