What is the Top Job in AI? Data Scientist or Machine Learning Engineer?

The world of artificial intelligence (AI) is growing rapidly, and with it the demand for skilled data scientists and machine learning engineers. So which job is more in-demand? Which career path offers the biggest salary potential? And what skills do you need to pursue either one of these top jobs in AI? Here’s a closer look at what you need to know about becoming a data scientist or machine learning engineer. 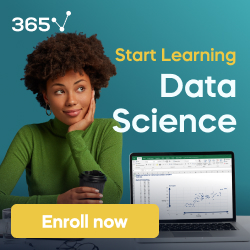 Let’s start by defining what a Data Scientist and a Machine Learning Engineer do.

According to Wikipedia, A data scientist is someone who creates programming code and combines it with statistical knowledge to create insights from data.

Machine learning (ML) is a field of inquiry devoted to understanding and building methods that ‘learn’, that is, methods that leverage data to improve performance on some set of tasks.

For me, The top job in all of AI is the machine learning engineer and NOT the data scientist.

It takes very unique skills and interests to be a Data Scientist which not everybody has. Obviously you need to enjoy Math and Statistics, because these are the foundations of any good data analysis. You need to have those technical skills, but also excellent social skills because as a Data Scientist you will have to communicate your results to stakeholders.

As a Data Scientist, you will often find yourself doing research and investigating why X happened, or how to achieve Y. That is why you should be a person that prefers to do investigative work over implementing a solution to certain problems.

Data Science can be boring

The fun part of Data Science (for me) is building Machine Learning models to predict something. Those algorithms are extremely fascinating and take a very different approach to solving problems than traditional programming.

But building those models is only 10% of the work a Data Scientist is doing. The main part is wrangling and normalizing the data that has to be fed into those models. Wrangling, normalizing, transforming and aggregating data means that it is likely that you write a lot of SQL queries or something similar and execute query after query. Since most of the time the amount of data is pretty big, the queries will take a long time to run.

Even though the pay is often good, the entry barriers are enormous, and the job market currently is oversaturated because a lot of people want to get into Data Science.

If you see yourself enjoying investigating causes/making predictions over implementing solutions, and you have or are looking to have a higher level education — then go for it. Data Science is definitely not for everyone, but might just be the right thing for you.

Data Science, as often known and mentioned, is a broader term for multiple processes and Machine Learning is one of the major parts of it. Machine Learning demands strong programming skills and understanding of algorithms, whereas, Data Science on the other hand requires strong analytical, statistical skills, combined by domain science and decision making.

A Data Scientist cleans data, does data mining, feature engineering, and the like, building models. Their models may or may not use ML and when it does use ML it is generic ML from a library like XGBoost. Data Scientists do not specialize in advanced ML.

A Machine Learning Engineer takes a model then chooses a more advanced ML for the job. They often end up creating their own ML, their own deep neural networks typically, to get more accuracy out of the model created by the data scientist. When the model is ready for prime time the MLEng will deploy the model into the cloud and work with often the frontend web dev team (or whoever) to help them interface with the model.

One of the benefits of an MLE is they are never on call. (ymmv if you’re at a shitty company, or a small company that is under resourced.) Instead DevOps, MLOps, or in rare situations Data Engineers / Infrastructure Software Engineers, will be on call and responsible for the server that is hosting the model. If something goes down, or something is on fire, they’re on call to fix it. If the model the MLE deployed is broken and causing errors, instead of contacting the MLE in the middle of the night they’ll just roll back to an older version.

There’s a lot of buzz around AI and machine learning right now, and for good reason – the potential applications are endless. But with all the uncertainty around what these technologies will eventually look like, it can be tough to decide which career path to pursue in this field.

There are many differences between a Data Scientist and Machine Learning Engineer, but the main ones are: