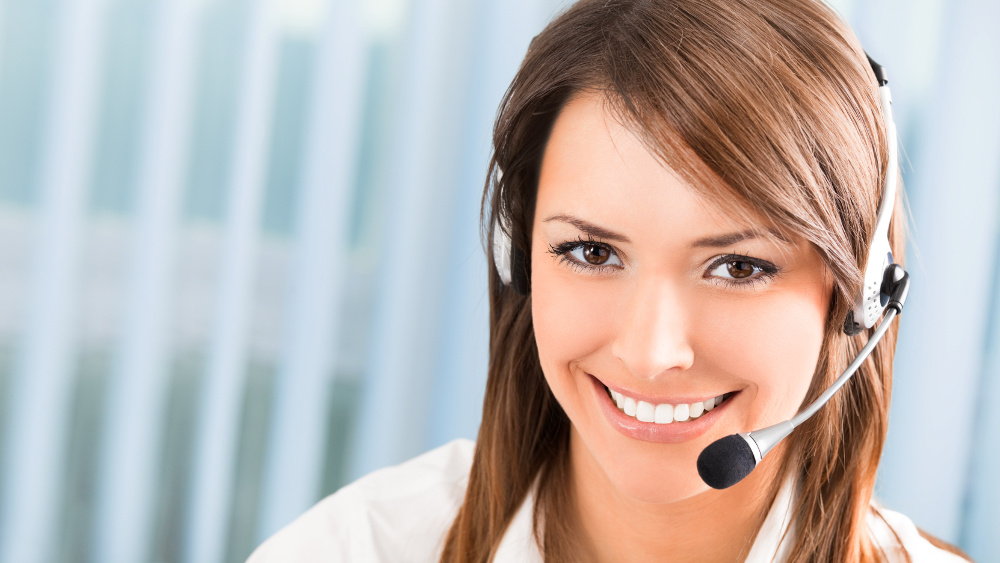 VPNs are used to provide remote corporate employees, gig economy freelance workers and business travelers with access to software applications hosted on proprietary networks. To gain access to a restricted resource through a VPN, the user must be authorized to use the VPN app and provide one or more authentication factors, such as a password, security token or biometric data.

To ensure security, the private network connection is established using an encrypted layered tunneling protocol and VPN users use authentication methods, including passwords or certificates, to gain access to the VPN. In other applications, Internet users may secure their connections with a VPN, to circumvent geo restrictions and censorship, or to connect to proxy servers to protect personal identity and location to stay anonymous on the Internet. However, some websites block access to known VPN technology to prevent the circumvention of their geo-restrictions, and many VPN providers have been developing strategies to get around these roadblocks.

Private browsing on incognito window or inPrivate window a privacy feature in some web browsers (Chrome, Firefox, Explorer, Edge). When operating in such a mode, the browser creates a temporary session that is isolated from the browser’s main session and user data. Browsing history is not saved, and local data associated with the session, such as cookies, are cleared when the session is closed.

These modes are designed primarily to prevent data and history associated with a particular browsing session from persisting on the device, or being discovered by another user of the same device. Private browsing modes do not necessarily protect users from being tracked by other websites or their internet service provider (ISP). Furthermore, there is a possibility that identifiable traces of activity could be leaked from private browsing sessions by means of the operating system, security flaws in the browser, or via malicious browser extensions, and it has been found that certain HTML5APIs can be used to detect the presence of private browsing modes due to differences in behaviour.

How does using a VPN or Proxy or TOR or private browsing protects your online activity?

What are the pros and cons of VPN vs Proxy?

If your VPN doesn’t protect your online activities, it means there are some problems with the aforementioned protection measures. This could be:

How is a VPN different from a proxy server?

On top of serving as a proxy server, VPN provides encryption. A proxy server only hides your IP address.

On the other hand, proxies are not so great for the high-stakes task. As we know, proxies only act as a middleman in our Internet traffic, they only serve a webpage which we are requesting them to serve.

Just like the proxy service, a VPN makes your traffic to have appeared from the remote IP address that is not yours. But, that’s when all the similarities end.

Unlike a proxy, VPN is set at the operating system level, it captures all the traffic coming from the device it is set up on. Whether it is your web traffic, BitTorrent client, game, or a Windows Update, it captures traffic from all the applications from your device.

Another difference between proxy and VPN is – VPN tunnels all your traffic through heavily encrypted and secure connection to the VPN server.

This makes VPN an ideal solution high-stakes tasks where security and privacy are of paramount of importance. With VPN, neither your ISP, Government, or a guy snooping over open Wi-Fi connection can access your traffic.

What are daily use of VPN for?

There are many uses of Virtual Private Network (VPN) for normal users and company employees. Here are the list of the most common usages:

Accessing Business Networks From Any Places in the World :

This is one of the best use of VPN. It is very much helpful when you are travelling and have to complete some work. You can connect any computer to your business network from anywhere and set up your work easily. Local resources need some security so they have to be kept in VPN-only to ensure their safety.

To Hide Your Browsing Data From ISP & Local Users :

All Internet Service Providers (ISP) will log the data of your IP address. If you use the VPN then they can only see the connection of your VPN. It won’t let anyone spy on your website history.

Moreover, it secures your connection when you use a public Wi-Fi network. As you may or may not know, users on these networks can spy on your browsing history, even if you are surfing HTTPS websites. Virtual Private Networks protect your privacy on public unsecured Wi-Fi connection.

Have you ever faced a problem like “This content is not available in your country”? VPNs are the best solution to bypass these restrictions.

Some videos on YouTube will also show this restriction. VPNs are a quick fix for all these restrictions.

What about TOR and VPN? What are the Pros and Cons?

The Tor network is similar to a VPN. Messages to and from your computer pass through the Tor network rather than connecting directly to resources on the Internet. But where VPNs provide privacy, Tor provides anonymity.

Tor is free and open-source software for enabling anonymous communication. The name is derived from an acronym for the original software project name “The Onion Router”. Tor directs Internet traffic through a free, worldwide, volunteer overlay network consisting of more than seven thousand relays to conceal a user’s location and usage from anyone conducting network surveillance or traffic analysis. Using Tor makes it more difficult to trace Internet activity to the user: this includes “visits to Web sites, online posts, instant messages, and other communication forms”.[ Tor’s intended use is to protect the personal privacy of its users, as well as their freedom and ability to conduct confidential communication by keeping their Internet activities from being monitored.

Tor does not prevent an online service from determining when it is being accessed through Tor. Tor protects a user’s privacy, but does not hide the fact that someone is using Tor. Some websites restrict allowances through Tor. For example, Wikipedia blocks attempts by Tor users to edit articles unless special permission is sought. Although a VPN is generally faster than Tor, using them together will slow down your internet connection and should be avoided. More is not necessarily better in this situation.

Is VPN necessary when using the deep web?

The deep web is the part of the web that can not be indexed by search machines: internal company login pages, or a school portal (the internal portal) private google sites or government pages.

The dark web is the more sinister form of the Deep Web. The dark web is more associated with illegal activity (i.e child pornography, drug dealing, hitmen etc).
A VPN is not necessary when connecting to the DEEP WEB. Please do not confuse the DEEP WEB with the DARK WEB.

Are there any good free VPN services?

It is not recommended to use free VPN for following reasons:

1- Security: Free VPNs don’t necessarily have to ensure your privacy is protected.

2- Tracking – Free VPNs have no obligation to keep your details safe, so at any point, your details could be passed on.

3- Speed / bandwidth – Some free VPN services are capped at a lower bandwidth that is you will receive less browsing or download speed to that of paid VPN.

4- Protocols supported – A free VPN may not support all necessary protocols. PPTP, OpenVPN and L2TP are generally provided only on paid VPN services.

If you are ok with the risks of using Free VPN, here are some you can try:

Paid VPNs are better and give you:

Below are the top paid VPNs:

1- NordVPN – cost-effective, provides Netflix in 5 countries (US, CAN, UK, JP, NL) and does not log your info.

2- ExpressVPN – nearly 3x NordVPN’s price but guarantees Netflix in the US. Excellent customer service and claims to not log your info.

3- Private Internet Access – a U.S. based VPN that has proven its no log policy in the court of law. This is a unique selling point that 99.99% VPNs don’t have.

Other Questions about VPN and security:

Why might certain web sites not load with VPN?

For security, some corporations like Banks often block IP addresses used by major VPN companies, because it is thought to improve security.

You probably need a VPN that allow you to use dedicated IP address, otherwise the server ips are constantly switching every time you reconnect to your vpn and shared ip usually raised as suspicious logins due to many people logging in from the same ip address (which make the site thinks it might be bots or mass-hacked accounts).

How is a hacker traced when server logs show his or her IP is from a VPN?

What is the most secure VPN protocol?

What are some alternatives for VPN?

How does private browsing or incognito window work?

When you are in private browsing mode, your browser doesn’t store any of this information at all. It functions as a completely isolated browser session.

For most web browsers, their optional private mode, often also called InPrivate or incognito, is like normal browsing except for a few things.

What are the advantages of Google Chrome’s private browsing?

Mozilla doesn’t really have an incentive to spy on their users. It’s not really going to get them anything because they’re not a data broker and don’t sell ads. Couple this with the fact that Firefox is open-source and I would argue that Firefox is the clear winner here.

Adding a VPN to Firefox is clever because it means the privacy protection is integrated into one application rather than being spread across different services. That integration probably makes it more likely to be used by people who wouldn’t otherwise use one.

Pros and Cons of Adding VPN to browsers like Firefox and Opera:

Turning on the VPN will give users a secure connection to a trusted server when using a device connected to public Wi-Fi (and running the gamut of rogue Wi-Fi hotspots and unknown intermediaries). Many travellers use subscription VPNs when away from a home network – the Mozilla Private Network is just a simpler, zero-cost alternative.

However, like Opera’s offering, it’s not a true VPN – that is, it only encrypts traffic while using one browser, Firefox.  Traffic from all other applications on the same computer won’t be secured in the same way.

As with any VPN, it won’t keep you completely anonymous. Websites you visit will see a Cloudflare IP address instead of your own, but you will still get advertising cookies and if you log in to a website your identity will be known to that site.