QuickSort is an O(nlogn) efficient sorting algorithm, serving as systematic method for placing elements of an array in order. Quicksort is a comparison sort, meaning that it can sort items of any type for which a “less-than” relation (formally, a total order) is defined. In efficient implementations it is not a stable sort, meaning that the relative order of equal sort items is not preserved. Quicksort can operate in-place on an array, requiring small additional amounts of memory to perform the sorting. It is very similar to selection sort, except that it does not always choose worst-case partition.
Source: https://en.wikipedia.org/wiki/Quicksort
Below are 2 versions of the Quicksort Algorithm Implementation with Python. The first version is easy, but use more memory. The second version use the memory very efficiently. 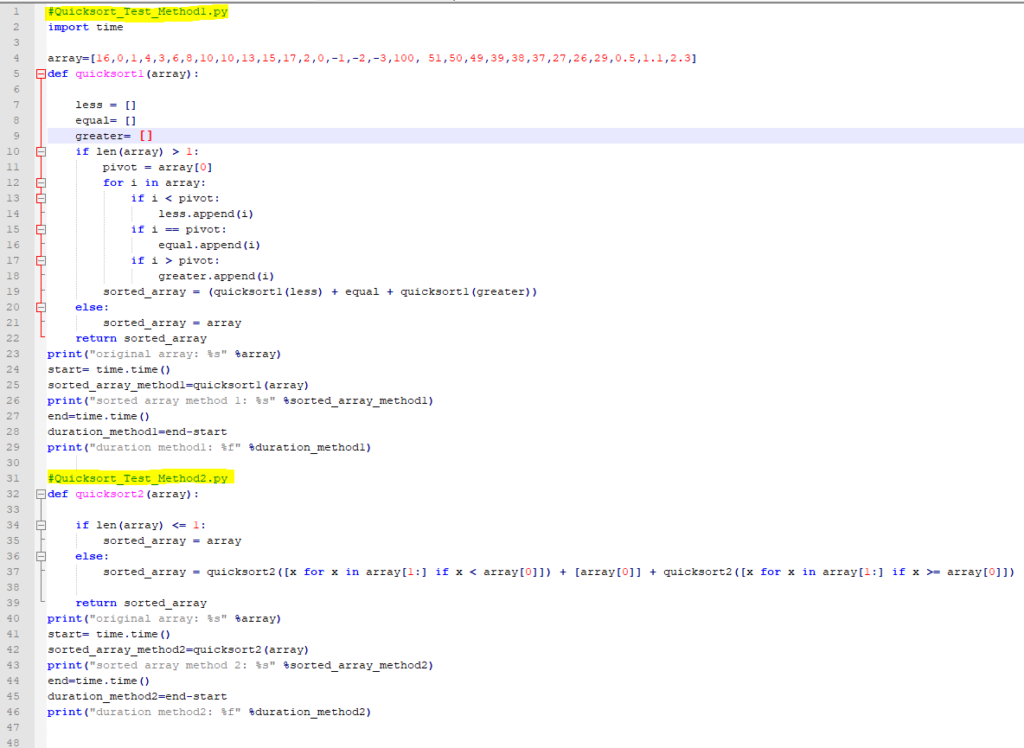